We use cookies to ensure you get the best experience on our website. Learn more
Got it!

A knowledge if shared,
likely grows to abundance..
if keep to self will be lost!

A Game of Chess

Played in Washington and Tehran

The pieces on the chessboard

The powerful and even the pawns

Neither white nor black

Frozen by a dark fear

All That is Gold Does Not Glitter

All that is gold does not glitter,
Not all those who wander are lost;
The old that is strong does not wither,
Deep roots are not reached by the frost.

From the ashes a fire shall be woken,
A light from the shadows shall spring;
Renewed shall be blade that was broken,
The crownless again shall be king. 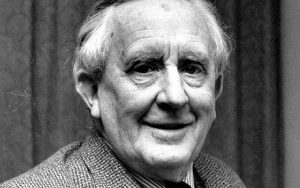 Defence of Fort McHenry (The Stars and Stripes Forever)

1 O! say can you see, by the dawn’s early light,
2 What so proudly we hail’d at the twilight’s last gleaming,
3 Whose broad stripes and bright stars through the perilous fight,
4 O’er the ramparts we watch’d, were so gallantly streaming?
5 And the rockets’ red glare, the bombs bursting in air,
6 Gave proof through the night that our flag was still there —
7 O! say, does that star-spangled banner yet wave
8 O’er the land of the free, and the home of the brave?

9 On the shore, dimly seen through the mists of the deep,
10 Where the foe’s haughty host in dread silence reposes,
11 What is that which the breeze o’er the towering steep,
12 As it fitfully blows, half conceals, half discloses?
13 Now it catches the gleam of the morning’s first beam,
14 In full glory reflected now shines on the stream —
15 ‘Tis the star-spangled banner, O! long may it wave
16 O’er the land of the free, and the home of the brave.

17 And where is that band who so vauntingly swore
18 That the havock of war and the battle’s confusion
19 A home and a country should leave us no more?
20 Their blood has wash’d out their foul foot-steps’ pollution,
21 No refuge could save the hireling and slave,
22 From the terror of flight or the gloom of the grave;
23 And the star-spangled banner in triumph doth wave
24 O’er the land of the free, and the home of the brave.

25 O! thus be it ever when freemen shall stand
26 Between their lov’d home, and the war’s desolation,
27 Blest with vict’ry and peace, may the heav’n-rescued land
28 Praise the power that hath made and preserv’d us a nation!
29 Then conquer we must, when our cause it is just,
30 And this be our motto — “In God is our trust!”
31 And the star-spangled banner in triumph shall wave
32 O’er the land of the free, and the home of the brave. 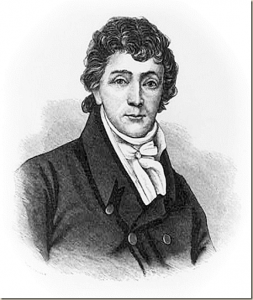 It does not belong to us, it is not ours.

Going out from Lebanon

With the flag of the country that sent

So much anticipated, wanted, hoped

And now the time has arrived.

Here they are in order

Line after line, in detail

Whate’er we leave to God, God does,
And blesses us;
The work we choose should be our own,
God leaves alone.

If with light head erect I sing,
Though all the Muses lend their force,
From my poor love of anything,
The verse is weak and shallow as its source.

But if with bended neck I grope
Listening behind me for my wit,
With faith superior to hope,
More anxious to keep back than forward it;

Making my soul accomplice there
Unto the flame my heart hath lit,
Then will the verse forever wear–
Time cannot bend the line which God hath writ.

Always the general show of things
Floats in review before my mind,
And such true love and reverence brings,
That sometimes I forget that I am blind.

But now there comes unsought, unseen,
Some clear divine electuary,
And I, who had but sensual been,
Grow sensible, and as God is, am wary.

A clear and ancient harmony
Pierces my soul through all its din,
As through its utmost melody–
Farther behind than they, farther within.

More swift its bolt than lightning is,
Its voice than thunder is more loud,
It doth expand my privacies
To all, and leave me single in the crowd.

It speaks with such authority,
With so serene and lofty tone,
That idle Time runs gadding by,
And leaves me with Eternity alone.

Now chiefly is my natal hour,
And only now my prime of life;
Of manhood’s strength it is the flower,
‘Tis peace’s end and war’s beginning strife.

It comes in summer’s broadest noon,
By a grey wall or some chance place,
Unseasoning Time, insulting June,
And vexing day with its presuming face.

Such fragrance round my couch it makes,
More rich than are Arabian drugs,
That my soul scents its life and wakes
The body up beneath its perfumed rugs.

Such is the Muse, the heavenly maid,
The star that guides our mortal course,
Which shows where life’s true kernel’s laid,
Its wheat’s fine flour, and its undying force.

She with one breath attunes the spheres,
And also my poor human heart,
With one impulse propels the years
Around, and gives my throbbing pulse its start.

I will not doubt for evermore,
Nor falter from a steadfast faith,
For thought the system be turned o’er,
God takes not back the word which once He saith.

I will not doubt the love untold
Which not my worth nor want has bought,
Which wooed me young, and woos me old,
And to this evening hath me brought.

My memory I’ll educate
To know the one historic truth,
Remembering to the latest date
The only true and sole immortal youth.

Be but thy inspiration given,
No matter through what danger sought,
I’ll fathom hell or climb to heaven,
And yet esteem that cheap which love has bought.
___________________

Fame cannot tempt the bard
Who’s famous with his God,
Nor laurel him reward
Who has his Maker’s nod. 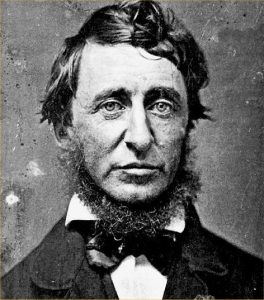 In Memory of Nelson Mandela:

MUCH did I rage when young,
Being by the world oppressed,
But now with flattering tongue
It speeds the parting guest.

The trees are empty

In the air smell of dead.

Nights are black and long

This land is a crazy place

Sun beyond the horizon

Where is the promised promised land

More so when rockets pounding.

Only your tired smile

The honey voice calms me down

Two, will make this too.